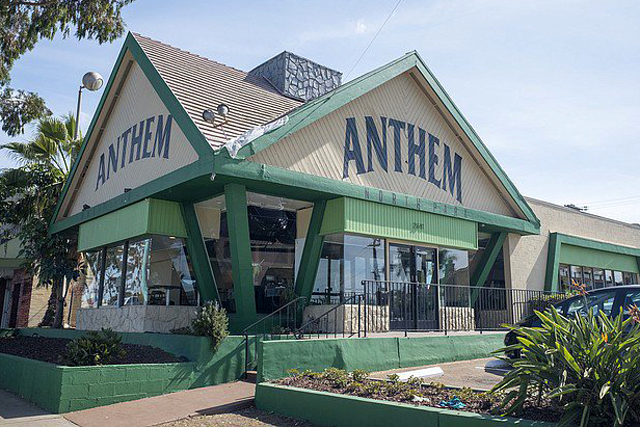 Patrick was raised in a large family, and in his teenage years, his mother worked evenings.  Dinner time wasn’t much more than frozen prepackaged TV dinners.  When he was old enough to move out of his house, Patrick took matters into his own hands, and discovered a new passion for cooking.

The turning point in his vegan diet was when he tried soyrizo for the first time.  He was blown away by the similarity, and decided that there was no point in eating chorizo again.  Fast forward some years, he was living with a former girlfriend who was vegan and also enjoyed cooking at home.  He became more and more intrigued about the ingenuity of how certain ingredients could easily mask themselves as meat.

Along with the health and environmental benefits, Patrick felt better transitioning to a vegan-based diet, and wanted to share his creations with other like-minded individuals.  He launched a Speakeasy Vegan Brunch once a month in his backyard for 30 plus people. With the positive feedback, he expanded this pop-up concept by hosting a free Vegan Happy Hour at the former bar Eleven on El Cajon Boulevard.  He helped ignite a community by simply sharing his food with others and felt a greater sense of purpose for what he was doing.

With over 5000 followers on Facebook, Patrick officially launched his business, Anthem Vegan! For four and a half years, Patrick worked tirelessly, setting up at farmer’s markets including the 3rd Friday BLVD Market,  as well as his late night gig on 30th Street in North Park in what he describes as the epicenter of the bars.  With little sleep and absolutely no social life, his main drive was to remain creative and share a quality alternative to typical meat-based cuisine such as Philly cheese steak and pull-pork sandwiches.  While he doesn’t consider himself a vocal advocate, he is encouraged to transform people’s mindset by sharing the flavors of his tried and true specialty vegan dishes.

In the meantime, his intentions for opening a restaurant remained.  Unfortunately, with no track record of running a restaurant, and only providing food that 5-10% of the population embrace, not many landlords shared an interest in his business concept.  Patrick’s vision for a brick and mortar was for more than just a restaurant.  After years of shopping around for vegan ingredients, and having to zigzag all over town to complete his errands, he wanted to make this effort simple for other vegans by providing a marketplace with all of his favorite vegan products in one place, including selling his homemade sauces.  The other intention behind the business was to host community events.

With the support of a major crowd sourcing effort, the vision of a restaurant was finally realized in early 2018, right here on El Cajon Blvd.  The space is phenomenal, and speaks highly to the devotion that Patrick has in supporting the community who has embraced his dream to grow and build a new home for the Vegan, food loving community of San Diego.

Dock Your Bike Down The Boulevard

With all the commotion around dockless bikes in our city, did you know that in the first two weeks of operation, LimeBike company had 21,000 new users and 55,000 rides which equated to 25,000 pounds of CO2 saved?  This is tremendous!  These new, bright dockless bikes offer San Diegans and visitors alike an affordable, healthy, and convenient way to experience our city and navigate our daily lives.

In hopes that all those riders are finding their way to The Boulevard and supporting local businesses, join the El Cajon Boulevard BIA to spread the Share Bike culture down the Boulevard to our BLVD East Hub On Saturday March 31st. Grab a dockless bike and ride to Eppig Brewery or Café Madeleine at1:30pm. From there we will take off together down the Boulevard for a relaxing afternoon of light exercise and exploration. Once in the BLVD East hub, check out the small businesses that give the hub between Talmadge and City Heights a distinctive laid-back culture. City Pub will offer riders their first drink for $2 with happy hour prices to follow, Su Pan Bakery will make up a special turkey croissant sandwich for $2.

We want to make sure the Bike Share opportunity is available to all of the communities that surround the Boulevard. We hope some of you will consider alternative means home, leaving your dockless bike behind for the surrounding communities to enjoy.

Are you a business owner looking to become more involved in your community? The Small Business Advisory Board (SBAB) develops a cooperative and supportive network between the independent business community and the City of San Diego. At SBAB’s monthly meetings, agenda items range from open discussions to educational sessions about issues affecting our local business community.

Get involved in your business community in a big, tangible way. All meetings are open to the public. Salsa, Cumbia and Bachata were a hit all summer long at the Fair@44.  Thanks to our partners at Melomano Entertainment and Dance who remain committed to providing a FREE event that brings together local community members and dance enthusiasts alike, Salsa Sabado will remain as a signature event of Fair@44 year round.

The next event is on Saturday, April 14! This is a FREE event.  Bring your FAMILY, bring your FRIENDS, and Let’s Dance!! Easter Brunch at The Lafayette Hotel I don’t eat Vietnamese as often as I should – which is a real tragedy:  I am haunted by the possibility that my last words wil be, “Why oh why didn’t I eat more Vietnamese?”

WHICH is what I say whenever I go to Saigon restaurant.
I want to try all of their cool-sounding dishes…
but it’s been weeks since I had the vermicelli or hotpot …
and end up getting the same old things  AGAIN.

Why oh why don’t I eat more Vietnamese?!?